skip to main | skip to sidebar

What Can Companies Do? 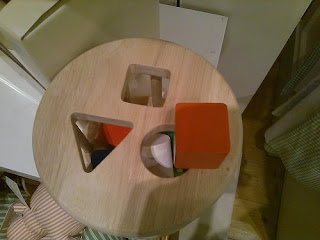 Many experts talk about the need to put people into roles where their strengths are utilized. However, in my consulting practice I rarely work with organizations that have the luxury of designing jobs solely around people and their strengths. Most jobs are created based on an executive’s assessment of business needs along with some type of justification, especially if the position is new. If the position is well established, there may have been no true re-assessment of the role in years, and the role may/may not accurately reflect current business needs. What can an employer do?

I just don’t see a singular focus on a ‘strengths-based approach’ as a realistic model given day-to-day business reality and an ever-changing business environment. When scanning my entire practice, I don’t think I have ever met an individual who had a job that only played to their strengths. I have seen individuals who present the business case to change their role. However, even when the job has been explicitly created there are generally still elements that do not fully play to their strengths, and/or that require them to stretch and grow into the role. My sense is that both aspects (business needs and individual strengths) are really important components, and maybe they are equally important when looking at this issue and what an employer can do.

I have observed individuals who appear to be miscast in their role, but not all of them are considered a performance problem in the “eyes” of the organization. What makes the difference? It might be helpful to look at a few real examples.

There are examples that come immediately to mind of two individuals who were both considered to be either miscast and/or a bad hire due to various performance-related issues. The situations, however, are starkly different and well worth exploring – especially from an organization’s perspective. Neither of the individuals were, by both my and their estimations, a great match for the organizational culture, but that is where the similarities ended.

There was a great deal of confusion around one of their roles. There were varying and unclear expectations from the different stakeholders, yet there was no cohesiveness that bound the various constituents’ expectations together into a well articulated role. The boss who directly worked with this person on a day-to-day basis was not displeased with their performance, but this person was widely viewed as a poor performer and there was some level of negative history following this person. Further complicating the matter, the person never really got the feedback necessary in order to course correct, they had an unknown blindside.

The company did not have a way of defining the role in a way that linked all the stakeholder’s expectations into a well articulated role, allowing the person to develop the skills necessary in order to raise their performance. The person, while not a great match for the culture could have been a much more productive employee if the company had benchmarked their role and created a clear roadmap for successful performance with a strong development plan in place. Even a strong feedback loop would be more helpful than allowing the person to languish in a professional purgatory of sorts.

Not a good match

The other individual was also not a good match for the culture, nor were they a match for the job they held. When I first met them, I was struck by the level of unhappiness they experienced in their role. After some reflection and investigation, it turned out that this person was not only in the wrong culture and the wrong job, but also in the wrong industry. No amount of development, job clarification, and performance management would ever make a difference. This person was holding on for dear life to the security they thought their steady paycheck brought them. They desperately needed to move on. Thankfully for them and their company, they eventually did - thereby allowing space for someone better suited for the role to step in, and allowing the mismatched individual to step into the possibility of a better matched job/profession.

In an economic contraction, many companies may feel as though their staffing needs are met and new responsibilities can be handled by their existing employees. However, there may be individuals in the company who are miscast in their current role or the roles they might be asked to fill. This takes a toll on productivity, it negatively affects peers and co-workers, and in a worst-case scenario it can sometimes impede the progress of the company.

Many companies take an approach of categorizing employees as A, B, or C players, which may be helpful. However, it might not really get at what it takes to succeed in a particular job. When a company benchmarks the job by defining how the job should be - the role then begins to take on a different shape – one closer to reality and the organization’s true business needs. In addition, it creates a strong foundation for hiring when the economy resumes its inevitable expansion. This process, performed properly, is an unbiased way in which to measure existing staff against the benchmark, understand their strengths, and produce a roadmap of strong development plans. What if the benchmarking process shows that a person is no longer a match for the position based on changing business needs? This process allows the company to assess how to best redeploy the employee in a more suitable position based on a balance of individual strengths and corporate needs. In short, benchmarking both defines what is required to excel in a job and ensures that an employee has a job in which they can excel.

Posted by Karen Stirling at 9:01 PM